The proposal insists on one of the more relevant breeding area for the Lesser Kestrel in EU, namely the Murge Appulo-Lucane between Apulia and Basilicata Regions in Southern Italy. Here a population of about 11.000 (4.000-4.200 breeding pairs) Lesser Kestrel was surveyed in 2010 by a census conducted by the local LIPU (Italian League for the Birds Protection) sections and the Alta Murgia National Park. Within this wider area, partly included in the Alta Murgia National Park and partly outside of it but within the SPA of the Alta Murgia, the proposal focuses on the territories of the Municipalities of Gravina in Puglia and Altamura where the bigger colonies of Lesser Kestrel live each year between March and September when finally they fly away to winter in the Sub-Saharan and South Africa stopping-over in North African Countries.

The proposal aims at strengthening the presence of the Lesser Kestrel in the project area contributing to enhance the demographic trend of this priority species also in the wider area of the Murge Appulo-Lucane and in the neighbouring region of the Adriatic side and of the Western Balkans, as a whole. This objective will be achieved pursuing the below listed objectives

–          Implementation of structural interventions to be carried on private buildings in order to promote the breeding of the Lesser Kestrel (action C2) – installation/creation of 1000 among artificial nests and nesting niches within the public buildings in the historical centres of the partner municipalities;

–          Roosting Sites Protection and Management (trees protection and progressive monitoring in the historical centres of Altamura and Gravina) (Action C4) – about 50 didactic and informative panels fixed in proximity of the roosting sites indicating their status of protected objects and the reason way; sensitisation actions towards the population on this regard; fostered cleansing regime adopted for the roosting sites areas during the presence of the lesser kestrel.

–          6 Seminars with about 300 local farmers for the awareness raising concerning the target species (Falco Naumanni) and its trophic habitat and behaviours (E1) – about 2,000 farmers directly targeted by awareness raising activities in the project period and about 10,000 informed about the project and its objectives, distribution of 10,000 Guidelines and sensitisation material for the farmers “Farmers for Lesser Kestrel”;

–          Purchase of 7.05ha of land for restoration and  conservation of the trophic habitat of the Lesser Kestrel in the surroundings areas of Gravina in Puglia in “Christ” district 7 km from the town’s centre.

–          Awareness raising actions towards the schools and the general public (Wildlife Educational Centre in Gravina) (E3);

–          National and International Scientific Panel for the Drafting of Guidelines for the Conservation of the Lesser Kestrel in Italy and worldwide (A1);

1. Breeding sites increased of about the 40% in the two municipalities in the 3 years following the installation/creation of artificial nests/nesting niches (expected occupation rate of about the 40% of the new nests within breeding season 2016) – from 380 to 400 Lesser Kestrel pairs settled in the new breeding sites within the last project bredding period (March – April 2016).

4. about 10,000 local farmers – among which the major land owners will be specifically targeted – informed and sensitised on the lesser kestrel and on the need to preserve its trophic habitat through a limited use of pesticides and specific and simple measures to be adopted at the harvest time or in other periods. 7ha of land in the Alta Murgia National Park restored as trophic habitat for the lesser kestrel (Nature code: 62A0 and 6220) and made object of a more strict regime of environmental protection (7ha of land pass from agricultural use to environmental protection and conservation use).

5. About 400 children from the local schools visit the Nursery and the Bird Watching Path in Gravina in Puglia following the restoration of the building and the site, from breeding period 2015 and 2016 respectively. 5.000 among brochure and leaflet distributed among the population of the partner municipalities. Video documentary on the project Un Falco per Amico shown to about 500 people (schools and public places) during the last project breeding period (March-September 2016). 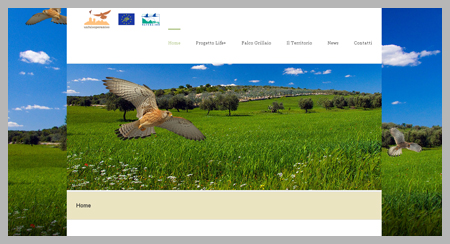 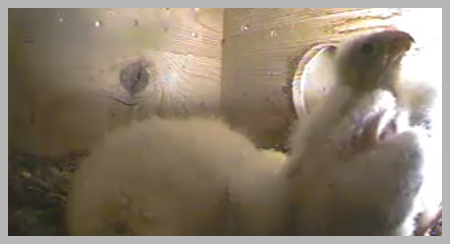 Nest of the Lesser Kestrel

Live life streaming in a nest of the Lesser Kestrel […]